Create your own website here with Wealthy Affiliate in seconds! Training , Tools, and Income

What do you think? Is Starbucks doing what it has to do? Or is Starbucks just another money grubbing corporate giant?

Leave your comments below:

Starbucks decides to roast 150 stores in the United States after very slow growth and slow to brew sales number. Sorry I am sucker for a good pun that was too good to pass up. Don ‘t feel bad for Starbucks they are doing just fine. This move seems to be a reshuffling of their decks in order to maximize their business model. Every year Starbucks closes about 50 stores around the country. This time it happens to be about 3 times that amount.

Why is Starbucks Closing 150 Stores? CEO Kevin Johnson said What?

Hold on to your lattes and Coffee room seats. This is a very interesting comment coming from such a liberal company such as Starbucks. Being that the many of these stores that they are shutting down seem to be affected adversely by local governments forcing high wages and regulations on businesses who in turn just can ‘t stay open. Even a big and well run company like Starbucks.

In a very honest statement the CEO of Starbucks Kevin Johnson told Bloomberg News  ” Their are a lot of times where in major metro areas where increases in wage and occupancy, and other regulatory requirements or things that were making those stores unprofitable.”

Translation: We had to pay our employees in big cities more than we normally would because of local mandates to raise wages and local regulations . We did not have enough demand aka customers to pay for the high cost of running our business so we had to shut them down.

This statement by the Starbucks CEO like my favorite Starbucks drink the Green Tea Latte is refreshingly honest and direct. Even if it is self serving. Like my excuse to stop by Starbucks after dropping my son off at School. I deserve it. Starbucks seems to be blaming outside forces for it ‘s business failures and store closings and not lack of continued passion for the Starbucks brand.

I am not saying that Starbucks is making an excuse in this instance. I believe that instead Starbucks is giving a valid reason for the need to cut so many jobs. It is more of a pruning than a cut. Adjusting to the market changes that were outside of it ‘s power to change. I will give Starbucks the benefit of the doubt for trying to tough it out in a tough business environment.

But also mention that maybe it should of spoke up to political leaders more when these wage and regulation requirements were being thrown around on the ballots.

Laid off Starbucks Employees will be well taken care off?

Although when stores close and people lose their jobs that is never a funny thing. The ironic thing is that I am sure Starbucks is going to take care of these workers by this time next year when the stores are scheduled to close . One major reason for the loss of profits in 2018 is the higher wages and benefits for Starbucks employees. Being too good to your employees could mean shutting down your store?

A move to Un saturate the Starbucks Market

Most of these stores that are closing in major population areas. Making one think that over saturation is a big issue for Starbucks in that sense. The word is on the street is that there is a Starbucks on every corner. I for one would never complain about too many Starbucks. But it looks like having too many Starbucks stores in such a close proximity to each other is causing a drop in sales.

This move to close 150 Starbucks stores in the United States seems be a move looking to stretch the distances from Starbuck store to neighboring Starbucks store. Less real estate and employee resources and overhead making more money for the mothership and investors.

Starbucks investors are doing really well by the way.

The company says that it sees the rural and suburban areas as places of growth for future Starbucks expansions. A change in strategy.

Which came first the Business Chicken or the Egg

So this brings us to a bigger question. Did Starbucks miscalculate the need and profitability of opening these 150 Starbucks that they are closing? A case of corporate overconfidence.  Or did the cost of business suddenly go up after these business decisions were made and the stores were already planted?

This goes to the type of business research that the pencil pushers and bean counters at Starbucks conducted. No pun intended. I promise on that one. 🙂 Looks like the high paid big college degree bean counters miss this one.

So there we have it business is not an easy thing. Even the big guys and gals miss it every now and then. You need to rethink, react, and reshuffle your deck, your assets, and your pride sometimes. Or risk losing your shirt down the road as you lose momentum in your business. Better to take it on the chin now.

So Starbucks is going through some market turbulence. It will be interesting to see what comes next for the Coffee Giant.

Keywords are King. Or Something Like that. Learn More and Prosper! 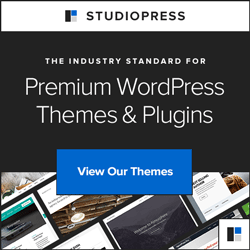 Find the Best Keywords and Domains Here with Semush Tools